Unraveling the Intertwined World of Alzheimer’s and Extracellular Vesicles 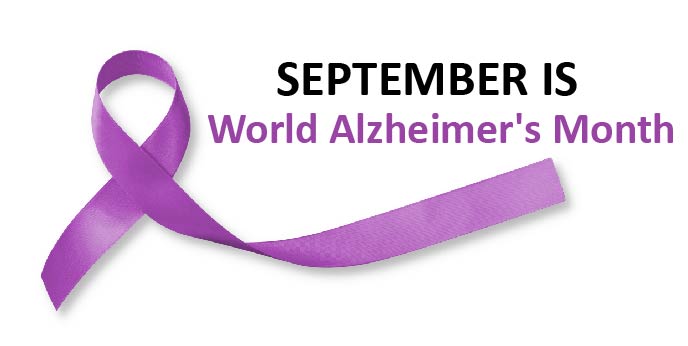 /About
When EVs meet Alzheimer’s disease – exploring this fascinating area of research in light of World Alzheimer’s Month 2021.

September 2021 marks the 10th year of World Alzheimer’s Month, a global campaign aimed at raising awareness and challenging stigma surrounding dementia. The campaign also coincides with the release of the annual World Alzheimer Report; this year, the official theme is ‘Journey through the diagnosis of dementia’.<super-script>1<super-script>

In the report’s introduction, Alzheimer’s Disease International CEO Paola Barbarino explained why diagnosis was selected as a crucial theme, citing globally aging populations, potential acceleration of cognitive deterioration associated with COVID-19, and the need for diagnostics to support new therapeutics which are starting to appear on the market.

Diagnosing dementia is immensely complex. There are many grey areas, myths, barriers, and layers of issues related to race, gender, social, scientific, technological, economic, and geopolitical factors.<super-script>1<super-script> Evidently, there are many challenges ahead. Of all the clinicians surveyed, 33 believe that nothing could be done, thereby making diagnosis futile. However, there is also a more empowering patient perspective on offer:

“Early diagnosis is very important because at this age, we still have responsibilities to our children and our elders. Our capabilities must be kept intact so that we can maintain our independence for as long as possible. Both our healthcare professionals and society in general need to provide us with maximum knowledge of the disease and with the means to improve it.”

On that note, we direct our attention to publications at the cross-section of Alzheimer’s disease (AD) research and extracellular vesicles (EVs) – and also share a sprinkle of key insights from the 2021 World Alzheimer Report.

Report excerpt: ‘Very recently, the FDA approved the Aβ-targeting monoclonal antibody aducanumab for the treatment of Alzheimer’s disease, on the grounds that it robustly lowered amyloid PET signal, which was considered a surrogate outcome measure. While the clinical efficacy of the drug remains controversial in light of conflicting trial results, this approval heralds a new era of molecular-specific therapies for Alzheimer’s disease.’

As these misfolded proteins spread to defined brain regions, the disease process likely involves intercellular movement of these proteins. In AD, cytoskeletal abnormalities gradually develop in only a small number of neuronal types, and the lesional pattern is very consistent.<super-script>3<super-script>

The concept of proteins as transmissible pathogens stems from the discovery of prion diseases, whereby the transfer of mis-folded prion proteins to non-infected cells induces abnormal folding of normal prion proteins.

Report excerpt on AD and COVID-19: ‘Older people with cognitive impairment or dementia are more susceptible to viral infection because of their age, co-existing morbidities, immunosenescence (ageing of the immune system), and reduced ability to adhere to preventive measures.’

3. One hypothesis on how exosomes might contribute to Alzheimer’s disease

There are many possible explanations of how exosomes might contribute to the progression of AD. One hypothesis stems from the idea that lysosomal proteolysis may be impaired in AD. Exosomal secretion may initially serve as a beneficial mechanism used to bypass this overwhelmed degradation system, and transport toxic agents (e.g., signature AD proteins amyloid-ß or tau) out of the cell – with disease propagation a potential side effect.<super-script>4<super-script>

Report excerpt on hope, empathy and practical advice in the context of young-onset dementia: ‘It is human nature to be depressed with news of a diagnosis like this. Often people experience this ‘hamster wheel’ of despair thinking how things will look down the road with dementia. I know I did for a while. There are two things I would recommend when doctors are diagnosing this. One is to give the person hope and encourage us to be all that we can be, despite the coming challenges, through a simple comment like, ‘It is possible to live a meaningful life for some time to come.’ The other is to offer a referral to a community support organisation, like the Alzheimer’s Society, as they can proactively answer many questions and concerns. These two recommendations would only take a moment, but would help the receiver of the news immensely, and would change the trajectory on how people would approach a diagnosis such as this.’

Although there is no consensus on the etiology of AD, its neuropathology is well characterised; namely, the extracellular aggregation of amyloid-ß in senile plaques and hyperphosphorylated tau proteins in neurofibrillary tangles.<super-script>5<super-script>

Immunohistochemical staining of human hippocampal tissue has shown an enrichment of exosomal proteins (Alix and flotillin-1) in amyloid plaques in AD, as compared to a healthy control and an individual with Parkinson’s disease.<super-script>6<super-script>

5. Evidence of an Alzheimer’s-EV link found in studying amyloid-ß dynamics

Rajendran et al. (2006), who observed the presence of exosomal proteins in amyloid plaques discussed above, also reported a number of observations around the dynamics of amyloid-ß.<super-script>6<super-script> For instance, their findings suggest that the endocytic pathway is a major site for amyloid-ß generation, with ß-cleavage occurring in early endosomes of HeLa cells. An analysis of pelleted membrane fractions showed less than 1% of the EVs were associated with amyloid-ß. Overall, this work set the scene for further studies aimed at assessing the significance of the exosome route for extracellular amyloid-ß release.

Report excerpt on imaging limitations: ‘The use of PET and SPECT remains limited to a small fraction of people with dementia. Although practical and beneficial in specific clinical circumstances, imaging biomarkers are expensive and not readily accessible or affordable to most healthcare systems worldwide due to the problematic availability of scanners and cyclotrons to produce radiopharmaceuticals.’

Many ongoing biomarker development programmes are aimed at characterising neurodegenerative disorders based on their serologic or histological features. The Cincinnati Cohort Biomarker Program (CCBP) is taking a different phenotype-agnostic approach; instead, analyses will be anchored on bioassays of to-be-purposed medications as well as on genomics, transcriptomics, proteomics, metabolomics, epigenomics, microbiomics, and pharmacogenomics data analyses blinded to phenotypic data.<super-script>7<super-script>) The goal is to have confirmed, before the end of 2029, the first therapy that slows or stops progression of a well-defined biological type degeneration.<super-script>8<super-script> The analysis of EV surface proteins and EV-RNA will form one part of the CCBP discovery efforts, following separation with Izon’s qEV isolation platform.

Report excerpt on the concept of ‘mixed dementia’: ‘Differentiating whether a dementia syndrome is due to Alzheimer’s disease, cerebrovascular disease or a contribution from both (mixed Alzheimer’s disease and CVD) can be challenging given that some of the associated risk factors such as age, hypertension and diabetes as well as their cognitive profiles tend to overlap… Autopsy studies show that cerebrovascular disease pathology (for example, lacune, microinfarct, white matter changes, enlarged perivascular space, micro- or macro-haemorrhage, large infarct, atherosclerosis, arteriolosclerosis, cerebral amyloid angiopathy) co-occurs with Alzheimer’s disease pathology (namely, amyloid beta [Aβ] and phosphorylated tau [p-tau]) in about 40–80% of dementia cases of older people’

Another recently reported approach, published in the Journal of Pharmaceutical and Biomedical Analysis, used surface plasmon resonance imaging (SPRi) technology for the identification and profiling of circulating neural EVs in the plasma of 10 AD patients and 10 healthy subjects, following qEV isolation.<super-script>9<super-script> Surface molecules related to pathological processes (including translocator protein, ß-amyloid, and ganglioside M1) were assessed for their presence and relative amounts. While unique and easily accessible biomarker/s have not yet been identified for AD, biomarker discovery is likely to benefit from advances in multiplexing capabilities. This work (and other exploratory studies which include healthy patients) helps to establish foundational datasets which can be utilised in further studies aimed at detecting pre-dementia biomarkers.

Report excerpt on the need for biomarkers: ‘Since we know that the brain damaging process has been ongoing for many years before criteria for a dementia diagnosis are fulfilled, the arrival of disease-modifying treatments will demand a pre-dementia diagnosis of Alzheimer’s disease’

Numerous differences between EV cargo of healthy and AD EVs are reported in a recent preprint, providing further evidence that brain-derived EVs (bdEVs) and their cargo modulate the development and progression of AD.<super-script>10<super-script> The list of authors features leading names in the EV field, who report a method for separating bdEVs from post-mortem tissues of people with AD.

Following isolation with the qEV platform, bdEVs were subject to parallel small RNA sequencing and proteomic analysis, with results correlated with Alzheimer’s pathology and APOE (a genetic risk factor) genotype. The authors report a higher level of tau and phosphorylated tau at threonine 231 (AD hallmarks) in AD bdEVs, and highlight the need to determine whether this phenomenon is protective, neurotoxic, or somewhere in between.

Proteins and RNAs (including miRNAs and tRNAs) were correlated with pathology and genotype – some of which have been implicated in relevant pathways such as amyloid processing (e.g., miR-338-5p, which is downregulated in Alzheimer’s bdEVs, contributes to cleavage of the amyloid precursor protein), neurodegeneration (e.g., miR-129-3p, another downregulated miRNA, influences the migration of cortical neurons), and metabolic functions (e.g., VCP, a protein upregulated in AD bdEVs, is thought to contribute to mitochondrial dysfunction in AD).

9. Investigating the role of the choroid plexus in EV release

A fascinating article was published in August 2021 by a group at Ghent University in Belgium, whereby they investigated the role of the choroid plexus in EV release in the context of AD. Compared to the intracerebroventricular (icv) injection of a scrambled protein, icv injection of amyloid-ß oligomers led to an increase in the number of EVs in the cerebrospinal fluid (CSF). This observation was followed up with a combination of in vivo, in vitro, and ex vivo approaches, whereby this increase was largely attributed to EV contributions from the choroid plexus, i.e., the specialised secretory tissue responsible for producing CSF. Izon’s qEV isolation platform – the Automatic Fraction Collector and qEV columns – was used to separate EVs from both choroid plexus explant cultures and cultures of choroid plexus epithelial cells.<super-script>11<super-script>

Report excerpt: ‘…it seems reasonable to predict that plasma biomarkers will make a biological diagnosis of Alzheimer’s disease practical on a wide scale at a moment in time when the ability to make a biological diagnosis in clinical practise is needed to indicate which individuals will benefit from newly approved amyloid lowering therapeutically’

To date, the transsynaptic spread of tau pathology in Alzheimer’s disease has been studied using animal or in vitro models. In a study published in the Nature publication Laboratory Investigation, Miyoshi et al. (2021) describe a flow cytometry assay to quantify the depolarisation of isolated human synaptic neuronal terminals, known as synaptosomes.<super-script>12<super-script> Synaptosomes are considered a relevant model system for studying human synaptic dysfunction in neurodegenerative diseases<super-script>13,14<super-script> and were isolated from the human brains following autopsy (56 cases with varying diagnoses: mostly AD with additional conditions such as cerebral amyloid angiopathy and atherosclerosis, and three controls).

Using the ex vivo model, the group observed a depolarisation-induced release of EVs, along with tetraspanin EV markers. EVs released from neural synapses were characterised using a number of methods, including tunable resistive pulse sensing for size analysis (confirming EVs were in the size range consistent with exosomes), and Western blots which showed the tetraspanin CD63 and faint tau bands. Seeding activity of exosomal tau was enhanced by amyloid-β, as measured by a tau biosensor based on fluorescence resonance energy transfer (FRET). The authors concluded that the study is consistent with amyloid-β as the upstream initiating pathology and may provide support for tau-targeted therapeutic approaches and aggregation inhibitors – including a reduction of secretion of tau-bearing exosomal subpopulations.

Given EVs can shuttle a wide range of cargo to target cells, and their associations with seemingly every biological process, EV-AD studies were inevitable – and the growing literature is now rich in technical advances, biomarker potential, and new insights shedding light on Alzheimer’s pathophysiology. How long will it take for the term ‘extracellular vesicles’ to feature in a World Alzheimer’s Report? Clearly, only time will tell; diagnosing AD might be tough, but the EV field is just getting started.

Curious to learn how qEV isolation or TRPS technology can enhance your research? Get in touch now