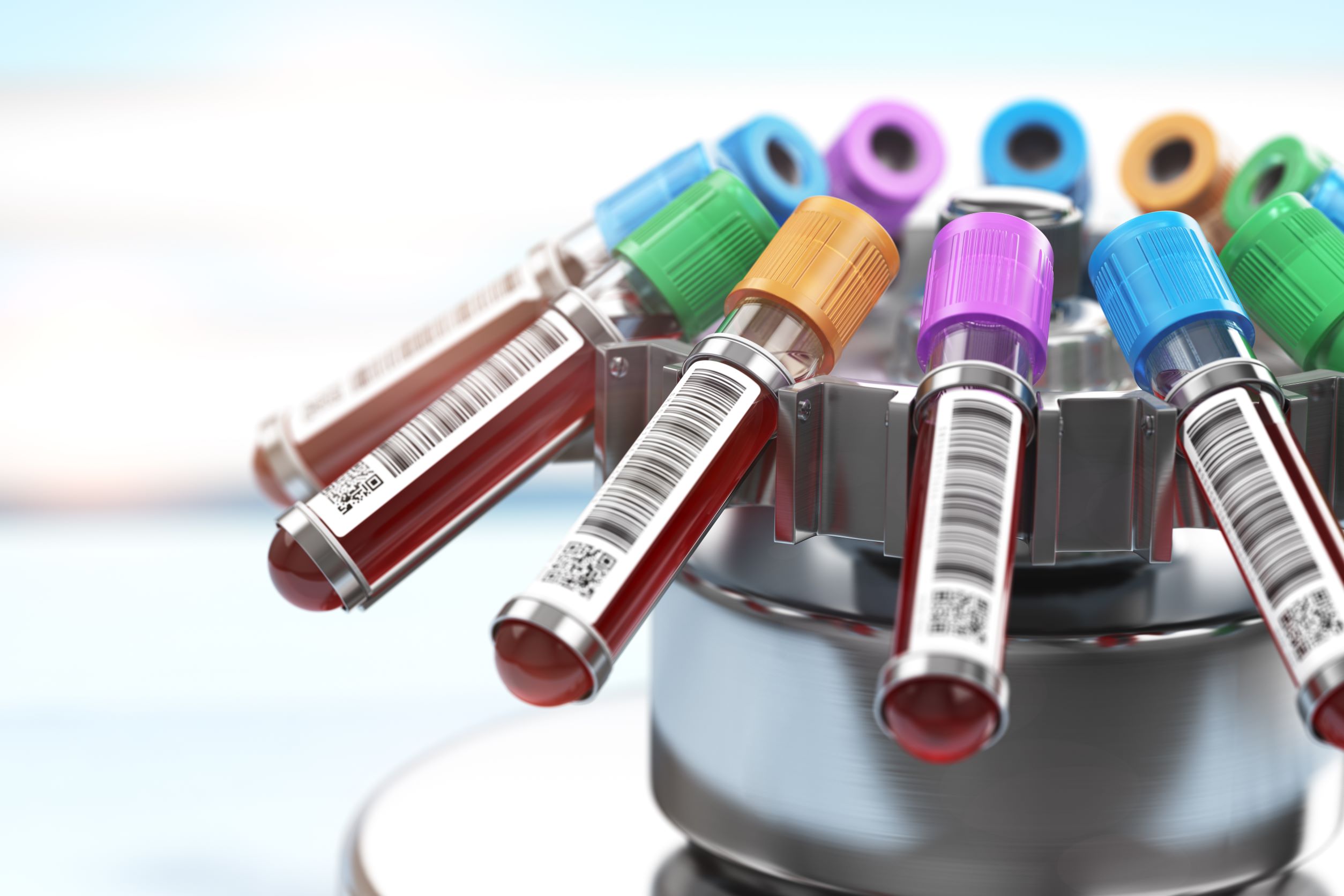 /About
The methods you use for blood collection and processing will impact on the EVs that end up in your isolated sample. Here we discuss the evidence to help you make the right decisions for your research.

Extracellular vesicles (EVs) are nano-sized packages of protein, RNA1, DNA2 and small molecules encapsulated in a lipid bilayer. EVs are released by all known cells and are thus present in blood. Blood-derived EVs are of interest for their functional impact in health and disease, and the accessibility of blood makes circulating EVs an attractive target in the hunt for biomarkers for a plethora of pathologies.

However, isolating EVs from blood is not completely straightforward. This means that there are important considerations for the collection and processing of blood samples when aiming to isolate EVs, regardless of your downstream applications.

Should serum or plasma be used to isolate circulating EVs?

One of the most frequently asked questions by people beginning research into circulating EVs is: ‘should I collect serum or plasma for my EV studies?’.

The answer: it depends upon which EVs you are interested in studying.

During the clotting process, activated platelets release large amounts of EVs3, swamping those which pre-existed in the sample when still within the donor. This makes the yield of EVs much higher from serum than from plasma (Figure 1). As such, serum is not suitable for EV isolation where the goal is to analyse EVs or their contents as they were when still within the donor/patient; nor is serum suited to studies where functional consequences of the isolated EVs are of interest.

The serum-vs-plasma decision is also important in biomarker studies, as the signal from any EVs originating from a pathological cell or tissue would be diluted by an excess of platelet EVs. However, if platelet EVs are your target, then serum is preferable.

Minimising the generation of platelet EVs

Before we discuss the impact of anticoagulants on circulating EVs, there are a few more general considerations for minimising the presence of platelet EVs in the first place. Platelets are activated by several factors which can occur during the routine collection and processing of samples. Due to both the injury associated with blood sampling itself and the pressure which occurs during sampling, platelets can become activated, meaning that the first 1-3 mL of blood should be discarded. Shear stress on the collected sample should also be avoided by maintaining tubes in an upright position and minimising transportation as both can contribute to platelet activation.14 Additionally, whilst anticoagulants can inhibit platelet activation, this process is not complete, meaning that delaying processing of plasma samples causes increased EV number.14,15 As such, centrifugation to remove cells and large particles should be done within the first hour, preferably within the first 30 minutes. This is because by 1 hour the amount of EVs in the sample drops significantly, yet climbs beyond this point.14 As such, rapid processing of the sample maximises the presence of EVs which existed within the donor, as compared to EVs generated ex vivo.

Finally, haemolysed samples should be avoided for EV isolation as the fragmented nature of cells in the sample will contaminate the EV population.

Which anticoagulant should you use?

The derivation of plasma from whole blood necessitates the use of an anticoagulant. The most common anticoagulants used are sodium citrate and other citrate-containing anticoagulants (acid citrate dextrose: ACD and citrate phosphate dextrose adenine: CPDA) as well as ethylenediaminetetraacetic acid (EDTA) and heparin. Here we will present the scientific evidence for the impact of each of these anticoagulants on EVs isolated from blood.

The impact of anticoagulants on EV concentration and size is likely one of the first things that one would consider. While the limited resolution of characterisation techniques used precludes concrete conclusions, no differences have been identified to date. No difference was seen in either parameter in a recent study by Zhang et al.3 Additionally, no difference in EV size was detected in a comparison of 9 different studies (Figure 2), suggesting that this is not a key consideration when choosing an anticoagulant.

The drawbacks of heparin and considerations for PCR

Heparin is the least favourable anticoagulant to use for EV analysis in functional studies, as heparin blocks EV uptake into target cells.19 The differences between EDTA and citrate/citrate-containing anticoagulants are less clear-cut than with heparin as neither is yet known to impact upon EV functionality. However, heparin, citrate and EDTA can inhibit polymerase chain reactions to different degrees in different conditions and concentrations.20-25 As such, the best anticoagulant for nucleic acid analysis will vary depending on your conditions. Based on these studies, however, heparin is generally the most inhibitory.

How do citrate-based anticoagulants and EDTA measure up?

The choice of anticoagulant differentially affects EV subpopulations from different cell sources, and therefore impacts the composition of EVs present in your sample. For example, heparin and EDTA elicited an immediately elevated CD15-positive myeloid EV population as compared with sodium citrate.26 EDTA also resulted in a higher number of CD9- and CD41a-positive EVs than with ACD.27 Furthermore, ACD plasma was found to have a lower platelet count than ETDA plasma following centrifugation.27 This suggests that citrate-based anticoagulants may be advantageous for maintaining EV composition found in vivo, when processed promptly.

In practice, however, prompt processing is not always possible – and stability on the benchtop following blood collection varies between anticoagulants. In a study by Bæk et al, samples in CPDA and EDTA – but not heparin – decrease in EV concentration up to one hour at room temperature (pre-processing).14 After this point, EV concentration increases up until at least 24 hours, particularly for CD9-positive EVs for CPDA, suggesting platelet activation and EV release. However the same was not found in a study by Wisgrill et al, who found that EVs in heparin and sodium citrate increased in number over time at room temperature until at least 48 hours.26 This included significantly increased numbers of platelet-, erythrocyte- and myeloid cell-derived EVs over time. EDTA plasma declined in EV number over 48 hours at room temperature in this study. This appears to be due to a decrease in the number of myeloid EVs.26 As such, the stability of plasma EVs in different anticoagulants is not concordant between studies. However, the importance of this extended time period on the bench is limited as blood should be processed as soon as possible after sampling.

Transportation of samples is a major promotor of shear stress, which is known to induce platelet activation and EV release. Simulated transport at room temperature was found to induce an increase in EV number only from EDTA samples.14 These induced EVs appear to be from a variety of cell types as shown by increases in EVs positive for annexin V, TNFR1, CD19 and CD106. However, when samples were exposed to simulated transport at 37oC, samples in citrate, EDTA and heparin all showed increased EV number, with heparin leading to the greatest increase.15 For heparin, this increase corresponds to an increase in CD41-positive platelet EVs.15 Whilst 37oC may seem extreme, this information is pertinent to transportation of samples in high ambient temperatures. In this case EDTA was associated with the lowest increase in EV number and so may be preferable. However, given lower temperatures, citrate or heparin should be considered when transportation is essential.

CPDA has been shown to perform better than EDTA and heparin over multiple freeze-thaw cycles and so may be preferable in this context – or if a consistent power supply is not guaranteed for sample storage.14

There are currently no known comparisons of citrate, EDTA and heparin plasma EVs using proteomics, metabolomics or lipidomics. However, these anticoagulants are known to impact upon ion formation and, as a result, upon mass spectrometry.28,29 It is, therefore, important to avoid comparing omics profiles between anticoagulants unless the intention of the experiment is to assess any differences between them.

Anticoagulant choice is dependent upon circumstance and application

Here, we have summarised the implications of the serum-vs-plasma decision and have highlighted studies to date exploring the impact of different anticoagulants on plasma-derived EVs under various conditions. Ultimately, the choice of anticoagulant is up to the researcher – and at times, the decision may have already been made when samples were collected prior to the start of the study (e.g., in studies of biobanked samples). Furthermore, it is likely that more evidence will be uncovered in the future. However, for maintaining the composition of plasma EVs in promptly processed samples, citrate-based anticoagulants might just have the edge. Therefore, based on the evidence so far, the common blue-capped tube containing sodium citrate could be pitched as a logical choice.