Types of Extracellular Vesicles: From Exosomes to Oncosomes and Everything In Between 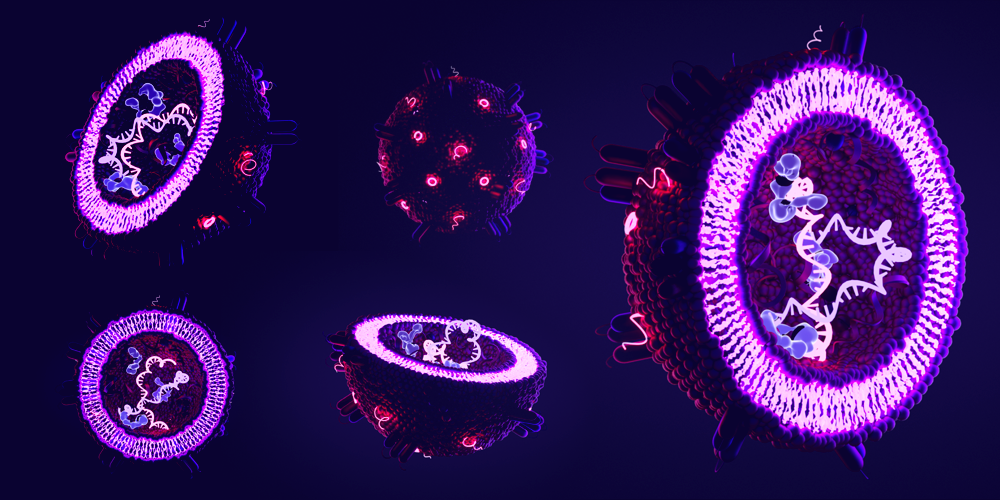 /About
When is an extracellular vesicle an exosome? Turns out, probably less often than you think. Here we delve into EV subtypes and the (lack of) markers to tell them apart.

The word ‘exosome’ has become a bit of a dirty word in certain circles of extracellular vesicle (EV) researchers. The reasons for this are multiple, but mostly it comes down to nomenclature and the pitfalls of defining a vesicle by its size alone. However, despite the best efforts of the International Society of Extracellular Vesicles (ISEV)1, the term remains ever popular in the literature, albeit not in the publications of the ISEV faithful. Researchers using the term ‘exosome’ may do so because it is so recognisable or perhaps because it is what they are used to. Others may use ‘exosome’ when discussing small EVs without appreciating that there are likely non-exosomal EVs in their isolate. This brings us to the question of what an exosome actually is and how is it different from other EVs?

The term EV refers to any (extracellular) vesicle which has a membrane bilayer, contains a random or curated reflection of the cellular contents, and was produced ‘naturally’ by a cell (i.e., not artificially by extruding a cell). This definition encompasses a wide variety of EV subtypes, many of which are likely not yet identified or characterised. Herein lies a major limitation in the EV field – the properties of EVs are promiscuous. Subtypes overlap in size, composition and density, making them all but impossible to tell apart. They do differ in their biogenesis (Figure 1), with this being the one thing that defines them. Unfortunately, it is all but impossible to assign a route of biogenesis to an EV unless this route is witnessed. An exosome has to be seen to be believed.

So, what are these elusive exosomes? Exosomes are small EVs between approximately 30 and 150 nm in diameter. Whilst exosomes are reported as being as small as 30 nm in diameter, 10 to 20 nm is the minimum size of a lipid bilayer vesicle and so is the lower limiting size of EVs.2 Which means that if you are measuring anything smaller than that, it isn’t an EV. Exosomes are derived from invagination of the late endosome, creating intraluminal vesicles (ILV) and making the late endosome into a multivesicular body (MVB). The MVB then fuses with the plasma membrane, releasing exosomes (which previously existed as intraluminal vesicles) into the extracellular space, as shown in Figure 1.

Microvesicles, on the other hand, bud directly outwards from the plasma membrane and tend to be larger in size. Otherwise known as ectosomes or microparticles, microvesicles overlap in size with exosomes and extend in size all the way up to over a micrometer in diameter.

When plasma membrane-budding EVs occur in the context of apoptosis, these are referred to as apoptotic bodies. These apoptotic EVs may be even larger than microvesicles, but likely have a distinct cargo including whole (or fragmenting) organelles and larger amounts of fragmented genetic material.

Many other subtypes exist both generally in cells and in specific circumstances (see Figure 1) Examples include synaptic vesicles released by neurons or shed syncytial knots which are released by the placenta to remove clusters of nuclei from the multinucleated syncytiotrophoblast of the placenta.3 Many of the EV types shown in Figure 1 are understudied and all (including exosomes and microvesicles) are poorly understood. In fact, it would seem that the more we study these intriguing vesicles, the more we come to realise that we don’t know much about them at all. Not really. In years gone by there was a kind of ignorant confidence that led us to believe that we could tell an exosome from a microvesicle. More recently though, this is seeming less and less certain.

The title to this section is a bit of a bold one, but it’s one that is backed by the literature. Whilst once it was thought that certain cellular components were specific to different EV subtypes, investigations into the cellular biology of EV biogenesis and release has thrown this into question. Nevertheless, a true marker for exosomes is somewhat of a holy grail for the field, as people – rightly or wrongly – obsess about the exosome component of EVs. They enrich for them with high ultracentrifuge speeds, 0.22 µm filtrations and pre-pellet larger EVs with centrifugation before running a small-EV enriched supernatant through size exclusion chromatography fractions. Ironically, many of the commercial kits with ‘exosome’ in their name are anything but specific for this subtype. Yet still, the name is almost addictive for the field. So how do you know if an EV is an exosome?

The quick answer is that you probably can’t.

The endosomal sorting complexes required for transport (ESCRT) proteins were once thought to be specific to exosomes. The clue was in their name, people thought, they were endosomal and so could only be present in exosomes. Unfortunately, this turned out not to be true. ESCRT I, II and III protein complexes and associated proteins – even TSG101 which was long hailed as an exosome marker – are involved in budding of microvesicles from the plasma membrane as well as the budding of ILVs into the MVB.4-6

The ESCRT-0 complex, may – emphasis on ‘may‘ here – be endosome-specific, making its components potential markers of exosomes. There is evidence that knocking down the expression of two ESCRT-0 proteins reduced release of CD63+ve small EVs.7 And CD63 is exosomal, right?

Wrong. Tetraspanins like CD9, CD81 and CD63 have long been touted as exosome markers, but they are also present on microvesicles.6 Specifically, a study by Mathieu et al., (2021) found that EVs that were positive for both CD63 and CD9 were at least partially plasma membrane budding (and, therefore microvesicles), as compared to CD63+veCD9-ve EVs which were most likely exosomes. Again, emphasis on the ‘likely’.

What about syntenin-1, which has been suggested as an exosome marker due to its involvement with the ESCRT recruitment of the associated protein Alix?8,9 It too is present in both CD63+ve and CD9+ve EVs, but is at least enriched in CD63+ve EVs.6 As such, whilst syntenin-1 may be enriched in exosomes, it is likely not specific enough to use as a marker of exosomes.

Surely Alix itself, often used as an exosome marker, stands up to scrutiny. Unfortunately not. Alix was found to be equally likely to be present in CD63+ve as CD9+ve EVs,6 making it clearly not exosome-specific.

However, all may not be lost. Mathieu et al., (2021) identified LAMP1 and/or LAMP2 as a potential exosome marker.6 LAMPs are markers of the lysosome, and were substantially enriched in CD63+ve EVs over CD9+ve EVs. Success! Maybe…

It is once again worth emphasising that history has shown that exosome markers are likely to be identified as being non-specific. The study by Mathieu et al., (2021) used only one cell type – the controversial HeLa cells – and so the results cannot yet be fully generalised to different cell types. Repeating these findings in different cell types would lend higher credence to them.

GW4869 is an inhibitor of the neutral sphingomyelinase, inhibiting ceramide-dependent budding of ILVs into MVBs.10 At least in theory. Which has led to GW4869 being used as an ‘exosome inhibitor’ in many studies. In reality, this mechanism is likely not specific to exosomes at all. The study by Mathieu et al., (2021) showed that the commonly used ‘exosome inhibitor’ GW4869 had little to no impact on the secretion of CD63+veCD9-ve likely exosomes, and the authors suggested it should be used with caution.

Conversely, the ‘exosome stimulator’ bafilomycin A1 inhibits acidification of late endosomes via inhibition of vacuolar ATPase. This is reported to increase secretion of likely exosomes.6 However, whilst this might be useful in some circumstances, it is important to acknowledge that altering pH may of late endosomes may alter loading of exosomes with cargo, which should be investigated before using this drug to manipulate exosome secretion.

What does this mean for the EV field?

It means several things. Or at least should. The first is that people should be more cautious when using the term ‘exosome’. It’s a great word and people outside of the EV field recognise it, but that doesn’t mean that it gets more citations. It doesn’t, see figure 2 for evidence.

Secondly, it means that more research is needed. Preferably using multiple cells and using multiple different technologies for isolation and characterisation. Only then can we move towards being sure if an exosome marker – be they LAMP proteins or others – is actually an exosome protein. Even then, immunocapture using these proteins is inherently flawed. We do not know that every exosome will contain any given marker. Selecting only those which do could create unwitting bias. There is immense room for good science in this area, and we at Izon Science can help you in achieving it.