One Small Step for EV Therapeutics 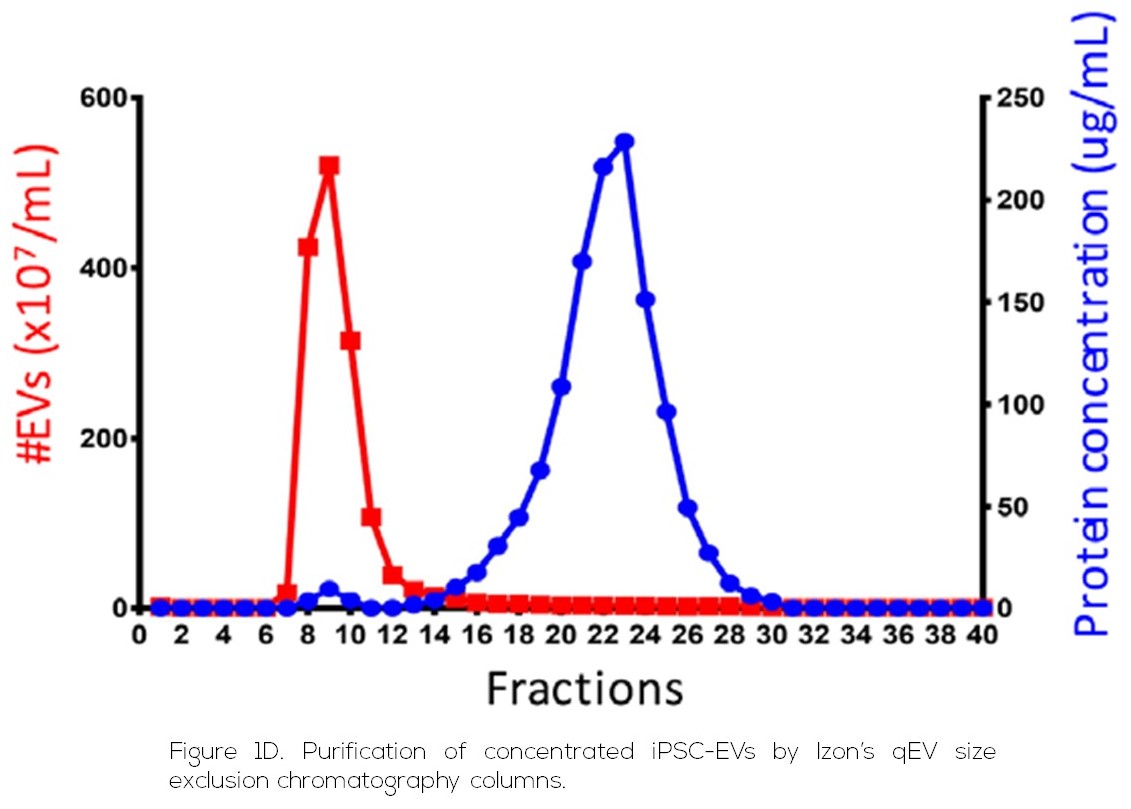 One of the most common cell types used in regenerative stem cell therapies is the mesenchymal stem/stromal cell (MSC). MSCs are multipotent, non-hematopoietic adult stem cells that can be isolated from a variety of sources including bone marrow, umbilical cord, placental, and adipose tissue.1 Over the past few decades, substantial evidence has been generated supporting their therapeutic to treat tissue injury in a range of human conditions including cardiovascular disease, bone injury, and neurodegenerative disease. Despite varying levels of success in animal models and human clinical trials, the full mechanism of therapeutic action is still poorly understood and there is some evidence that whole cell MSC therapies can directly or indirectly induce cancerous tumours.<super-script>1<super-script>

Initially many believed that the multipotent nature of MSCs was the key to their therapeutic benefits, however MSCs do not remain in the tissues for very long after direct injection. Several studies have reported that that MSCs themselves are cleared quickly and that the survival rate of injected cells is low; in some cases, fewer than 1% survive for more than a week. This evidence has led many to believe that the regenerative potential of MSCs is mediated, at least in part, by soluble factors released by the MSCs.<super-script>1<super-script>

Given that MSCs release a high number of EVs, there has been considerable interest in evaluating the EVs derived from cultured MSCs (MSC-EVs) as a potential alternative to cell-based therapies. However, there remain notable challenges to large-scale production of clinical-grade MSC-EVs. First, cultured MSCs have a limited proliferation capacity and their biological properties may become altered over time. New batches of MSCs will have to be derived, controlled, and tested for efficacy, impacting the production time and costs. Second, MSCs are frequently cultured in media supplemented with fetal bovine serum (FBS) or human cell lysates, both of which also contain abundant EVs. Finally, many of the studies conducted with EVs from MSCs have used purification techniques (mainly ultracentrifugation and precipitation) that resulted in high levels of undefined soluble and aggregated proteins.<super-script>2<super-script> The effect that these contaminating proteins may have on the efficacy of the EV preparations has not been well characterized.

A recent paper published by Dr. Linzhao Cheng’s group at Johns Hopkins University has proposed human induced pluripotent stem cells (iPSCs) as a potential alternative source of EVs for use in regenerative medicine. The properties of these cells may make them a more commercially viable alternative to MSC-EVs, eliminating or reducing many of the aforementioned drawbacks.

Cheng’s group and others have shown previously that iPSCs maintain their pluripotency and genomic stability even after extensive culture, which would greatly reduce production costs in a commercial setting. In addition, they have defined a culture media system which will not require the use of serum supplementation and improves the ease of EV analysis and characterization.

While the authors acknowledge that there will likely be certain medical applications where EVs from MSCs or other cell types will be more suitable, it is clear that EVs from iPSCs may provide a safer and more cost-effective alternative for regenerative therapies. This work from Cheng’s group is an exciting step towards bringing EV therapeutics to the clinic.