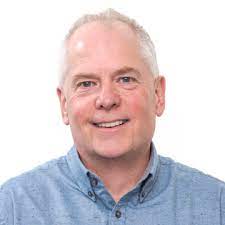 /About
Highlights from the third ISEV 2021 plenary talk by Simon Carding, University of East Anglia, who discussed bacteria-derived EVs, their dynamics in the gut and their potential as drug delivery vehicles.

The third plenary session of ISEV’s 10th annual meeting was titled ‘Commensal gut bacteria-derived EV: mediators of gut microbe-host cross-talk and vehicles for mucosal drug delivery’, delivered by Professor Simon Carding, professor of mucosal immunology at Norwich Medical School, University of East Anglia, UK. Carding is also a director of several other research programmes including the Gut Microbes and Health Research Programme at the Quadram Institute, Norwich, UK. Carding began the presentation with an overview of the history of bacterial EV (BEV) discoveries and an introduction to the various BEV classes. Following this he then addressed six BEV-related research questions, highlighting significant observations and publications along the way. Key points from the presentation are summarised below.

Gram-negative BEVs: BEVs naturally shed by pathogenic and commensal Gram-negative bacteria during their normal growth cycle. They are categorised by the membrane contents present, which is indicative of the mechanism by which they were produced:

Gram-positive BEVs: are referred to as cytoplasmic microvesicles (CMV).

Carding noted that most studies to date have been directed at understanding the process behind the selective, non-random enrichment of BEV content, by studying how pathogens deliver toxins and virulence factors to breach host defences.

Microorganisms and cells in the gastrointestinal tract (GIT) are separated by a sterile mucus barrier which limits direct interactions.

Is there any crosstalk between the two components?

Bacteriodes thetaiotamicron (Bt), an anaerobic and highly abundant bacteria in the human gut, has been used to explore signaling roles for BEVs in this context.

Known roles for Bt include the promotion of carbohydrate fermentation, and the regulation of intestinal epithelial cell glycan structure.

1) Are BEVs present in the GIT?

BEVs are produce abundantly in culture (1-2x1011 BEVs/L), and Carding mentioned an upcoming protocol due to be released soon in Springer Protocols in Methods in Molecular Biology, covering the isolation and preparation of BEVs.

2) Does the host influence BEV production?

3) Can BEVs be acquired by barrier intestinal epithelial cells, and if so, how?

The kinetics and mechanisms of BEV uptake have been studied in human colonic epithelial cells (CECs) by E. Jones and C. Booth using labelled Bt OMVs. BEVs were taken up by CECs continuously over approximately 48 hours, after which there was no further uptake observed. BEVs had no impact on CEC viability, and uptake was shown to be via dynamin-mediated endocytosis and macropinocytosis.

This question was addressed by establishing separate cultures of CECs and vascular endothelial cells in a Transwell cell culture chamber, with several lines of evidence (TEER, detection of nanoparticles in the basal fluid compartment, confocal immunofluorescence analysis of endothelial cells from the monolayer) suggesting that BEVs can transmigrate CECs and enter cells beneath the boundary epithelium.

To address this question, intact human colonic biopsy samples were cultured in a polarised in vitro system, and BEVs were added to the apical surface. Cytokine analysis of the tissues beneath revealed a consistent increase in interleukin-10, and subsequent studies identified dendritic cells as the likely source.<super-script>3<super-script>

These findings are being followed up using targeted and non-targeted genetic based approaches, as well as a multi-omics approach to predict potential mediators of BEV-immune cell interactions. The multi-omics, systems biology approach is being harnessed to identify cell-specific signalling pathways that are expected to be triggered by BEVs. So far, these include the toll-like receptor pathways in macrophages (TLR4) and in monocytes (THP-1).

6) Can BEVs be used for (mucosal) drug delivery?

If BEVs can access cells and sites beyond the gut lumen, they could potentially be used as vehicles for drugs or vaccines. BEVs also feature other characteristics which would make them favourable vaccine delivery candidates; they are stable, adaptable, immunogenic, and could be administered and distributed without the need for needles or a cold chain system. As it turns out, BEV-derived vaccines are not new. Carding highlighted 4CMenB, a licenced vaccine derived from OMVs of Neisseria meningitidis group B (menB). 4CMenB was effective in controlling meningococcal disease outbreaks in both adults and children and is being explored for its ability to confer cross-species protection against gonorrhea.<super-script>4,5<super-script>

On this basis, Carding’s group has been exploring the potential of BEVs as mucosal drug delivery vehicles; in particular, for the intranasal delivery of antiviral vaccines. Encouraging findings from Carding’s group include:

Carding’s group then went on to explore bioengineered OMVs and their suitability to the mucosal delivery of different biologics. Mice received an intranasal delivery of BEVs engineered to express a highly conserved protein sequence of Influenza A, and were challenged with H1N1. Mice that received the BEV vaccine had a lower viral load, implying a protective mechanism of the BEVs. Their findings, published in 2019 in the Journal of Extracellular Vesicles6, suggested that BEVs can:

Data from early safety and efficacy studies in mice are promising, with a dose-dependent response shown for the serum anti-spike IgG.