Chasing L1CAM: A Marker of Brain-Derived Extracellular Vesicles or a Red Herring? 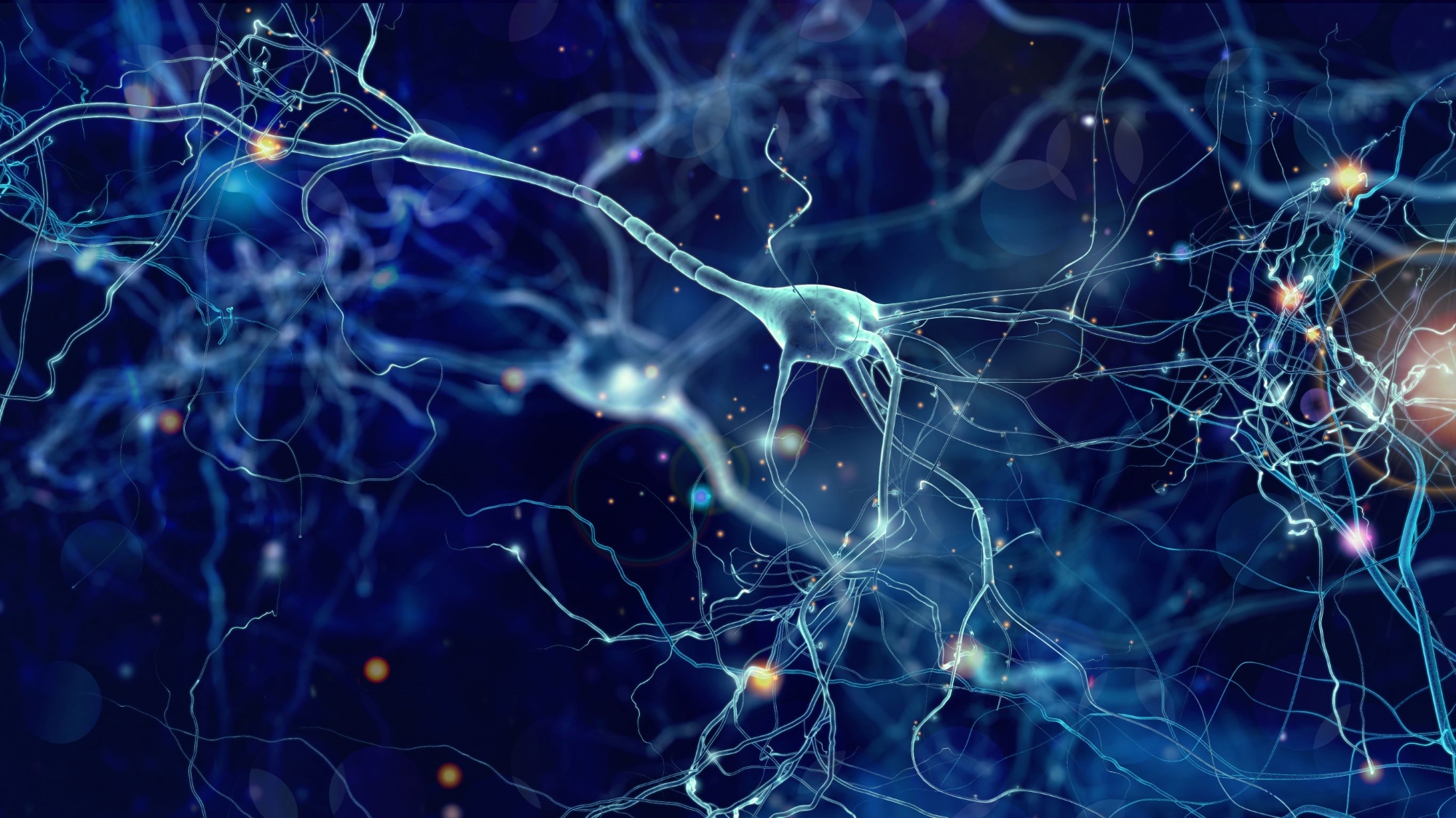 /About
Isolation of brain derived EVs from the circulation and the cerebrospinal fluid is important in the search for biomarkers for neurological diseases. However, the long-held marker, L1CAM, has recently been called into question. Here we discuss the evidence for and against L1CAM as a marker of neuronal EVs.

What is L1CAM? Where is it expressed? What does it do?

L1 cell adhesion molecule (L1CAM) is a membrane-integral protein which is part of the immunoglobulin (Ig) superfamily. In the brain, L1CAM is involved in neuronal migration1, myelination1  and plasticity in response to injury.2 However, despite being largely regarded as a brain-derived, cell adhesion molecule, L1CAM is widely expressed outside of the brain; for instance, single cell RNAseq analysis shows that the largest producers of L1CAM are renal collecting duct cells, followed by melanocytes of the skin.3 After this, neuronal cells make up the bulk of expression, though again this is not restricted to the brain.3 Highly innervated tissues such as the gastrointestinal tract, endocrine organs and the eye express substantial amounts of L1CAM.3 L1CAM is also highly expressed in several cancers and is associated with poor prognosis.4,5 As such, L1CAM in the circulation could originate from a number of sources in both health and disease.

Despite its widespread expression, many studies from several groups have used L1CAM to immunocapture circulating and cerebrospinal fluid (CSF)-derived extracellular vesicles (EVs). These EVs are reported to be of neuronal origin and are billed as an accessible window into the brain. However, the past few years have seen the emergence of some controversy over this technique. Here we will discuss the evidence for and against the usefulness of this L1CAM immunocapture for the isolation of brain-derived EVs.

A History of L1CAM and Extracellular Vesicles

At the dawn of the EV field, EVs were largely known by spurious non-specific terms without any real consensus. Whist the adoption of the term ‘EV’ is now widespread, the use of ‘exosome’ – which defines specifically an EV originating from the multivesicular body – is still often used mistakenly to refer to any small EVs still exists in the literature. In this article, we will use the term EV to refer to all types of EVs to eliminate confusion, regardless of the terminology used in the original studies.

L1CAM was first described in association with EVs in 2002 by Peter Altevogt’s group.6 The same group later found that L1CAM, which is cleaved from the cell plasma membrane by proteases including ADAM10, is also cleaved from the surface of EVs6,7. This raises the question of whether L1CAM shedding from EVs would inhibit the immunocapture of L1CAM-associsated EVs. To combat this, protease inhibitors are routinely included in immunocapture workflows. However, endogenous proteases are likely to have stripped at least a portion of L1CAM from EVs in the body before samples can even be taken.

Altevogt’s work was soon followed by that of other researchers who embarked upon attempts to isolate neuronal cell EVs from the circulation. One of the most prolific researchers in this field has been Dimitrios Kapogiannis. In 2015 Kapogiannis was joint first author on a paper where precipitation-based EV ‘isolation’ preceded resuspension in distilled water and immunocapture using biotinylated anti-L1CAM antibodies before being ‘pulled down’ using streptavidin-agarose beads.8 These studies, however, lack an isotype control for immunocapture and whilst some neuronal proteins were seen in preparations from L1CAM immunocapture, there is no confirmation of the presence of EVs. As such, it is impossible to determine whether neuronal EVs were immunocaptured. Kapogiannis and his group have used this method in a large number of papers since, but the first real confirmation of EV presence in their L1CAM immunocaptures was not presented until 2019. Multiple lines of evidence (including the visualisation of spherical particles via electron microscopy, Western blot studies showing depletion of non-EV markers and presence of EV markers, and assessments of size and concentration) suggest that some EVs can be isolated using this methodology, but leaves the origin of these EVs an open question.9

Whilst a proportion of these EVs may be of neuronal origin, it is highly likely that EVs from other L1CAM-expressing cells are co-isolated using this method. As such, assuming that the contents of EVs isolated using L1CAM immunocapture will reflect that of neuronal EVs is perhaps a step too far for this methodology.

Due to the problems with non-specific binding using agarose beads, the lab of George Tofaris coated magnetic beads in poly(carboxybetaine methacrylate) to reduce non-specific binding.10 They then coupled these beads to anti-L1CAM antibodies and incubated with serum which had been depleted of larger particles by differential centrifugation up to 10,000 xg. Scanning electron microscopy then showed that anti-L1CAM coated beads displayed spherical structures of a size consistent with EVs on their surface, whilst control antibody-coated beads did not.10,11 The particles eluted from these beads also show a cup-shaped morphology characteristic of EVs when viewed using transmission electron microscopy. These particles were positive for EV markers and had a proteome enriched in EV gene ontology terms11. This method also captured the cleaved L1CAM as shown by the appearance of a lower molecular weight band on Western blot. Tofaris’ lab estimated that around 15% of EVs in serum were L1CAM-positive, whereas around 75% were positive for CD9. This seems like a high proportion for brain-derived EVs in the circulation, emphasising the possibility of L1CAM-associated EVs being from diverse origins.

The work by Torafis’ lab adds more credibility to the isolation of EVs using L1CAM immunocapture using their improved technique. They also showed the presence in L1CAM immunocapture isolates of α-synuclein, a protein associated with aggregation in the brains of those with Parkinson’s disease.10,11 Whilst this does not necessarily mean that these EVs are neuronal in origin, they could still be useful tools for predictive tests. It can be argued that for the purpose of diagnosis, a working test is useful regardless of whether it is measuring what it claims to measure.

The controversy of L1CAM-associated neuronal EVs

It is here that we begin to delve into the controversy surrounding L1CAM and EVs. In a 2021 Nature Methods paper by David Walt’s lab12, they used size exclusion chromatography (SEC) to isolate EVs prior to any immunocapture or protein analysis. When analysing plasma- and CSF-derived EVs, L1CAM did not co-elute with the EVs (i.e. EV-marker tetraspanins), but instead eluted slightly later in fractions containing soluble proteins. Whilst L1CAM from both CSF and plasma was present in small amounts in EV-containing fractions, this represented a very small proportion of total L1CAM. This suggests that whilst it is possible for a small proportion of EVs in plasma and CSF to contain L1CAM, L1CAM is more abundant in a soluble form. Interestingly, whilst previous studies such as those by Tofaris have identified α-synuclein associated with L1CAM-immunocaptured EVs, Walt’s group found that three times more recombinant α-synuclein bound to an anti-L1CAM antibody than to an IgG control12. These findings suggest α-synuclein may be binding non-specifically to at least one anti-L1CAM antibody – and so caution must be taken when evaluating the results of studies where α-synuclein and L1CAM immunocaptured EVs are linked.

Furthermore, a 2022 systematic review by Gomes and Witwer identified an interesting point.13 Whilst most of the studies they analysed used an antibody targeted to the L1CAM ectodomain, two reported immunocapture of EVs using an antibody directed against the cytoplasmic portion. This raises an important question that is yet to be discussed in the literature; could soluble L1CAM be binding to the outside of EVs? The extracellular portion of L1CAM contains Ig domains and fibronectin III-like repeats which make L1CAM ‘sticky’, meaning that it is likely to bind to a variety of proteins which bind to Ig-like and fibronectin III-like domains. For example, L1CAM is known to bind to FGFR114, NCAM15 and Neuropilin-116, all of which have been identified in EVs17. It is possible that L1CAM is merely decorating EVs and so can, in certain circumstances, act as a bridge between an anti-L1CAM antibody and EVs during immunocapture. Soluble L1CAM could bind to any EVs which have L1CAM-binding proteins on their surface.

Data presented by the Witwer lab at the ISEV2021 satellite session entitled “The L1CAM controversy: Pulling down consensus” used EVs isolated directly from brain tissue (bdEVs) to interrogate the link between L1CAM and neuronal EVs. They found that L1CAM was present on bdEVs at lower levels than other neuronal markers. Accordingly, an anti-L1CAM antibody isolated less than 1% of bdEVs, far less than antibodies against another neuronal adhesion molecule, NCAM. This is backed up by a recent study using single EV analysis to show the utility of NCAM as a neuronal EV marker in plasma.18 Witwer’s group also presented data showing that the L1CAM in bdEV preparations did not contain the transmembrane domain at measurable levels, supporting the theory that L1CAM on neuronal EVs is at least in part, a soluble form.

Most recently, several abstracts on this topic were presented at ISEV2022.19 The Kapogiannis lab used SEC (qEV10/70 nm Series) to separate EVs from protein before using immunoelectron microscopy to detect double-positive particles for L1CAM,  and both either the EV marker Alix or the proposed neuronal marker VAMP2. This suggests that L1CAM may be associated with EVs but does not rule out L1CAM being an external protein bound to membrane integral proteins on EVs. However, VAMP2 is expressed outside of the brain, precluding its use as a brain-specific marker without additional markers to confirm origin. The Kapogiannis lab also presented data on a homebrew assay which used anti-L1CAM (clone 5G3) as the capture antibody and antibodies against the EV tetraspanins CD9, CD81 and CD63 as detection antibodies. This was compared to the assay used by the Walt group which used the anti-L1CAM (clone 5G3) antibody to capture and the anti-L1CAM (clone UJ127) antibody to detect. As is to be expected, the Kapogiannis lab homebrew assay detected L1CAM in EV-associated portions only as they could only detect L1CAM associated with EVs due to their detection antibodies. Whereas the assay used by the Walt group showed a profile shifted towards protein fractions as their assay measured all L1CAM. The Walt group also presented an update at ISEV2022 on their search for a new marker for neuronal-derived EVs.

Weighing up the current evidence

Evaluating the current evidence from an unbiased perspective, it is currently insufficient to determine whether or not L1CAM is EV associated in its transmembrane form (or bound as a soluble protein to the outside of EVs) or whether any L1CAM-associated EVs are neuronal in origin. As such, more research is needed before the field can reach a consensus.

Whatever the outcome of such research, the tale of L1CAM and neuronal EVs is a cautionary one that emphasises the need for rigorous testing of any isolation procedure, especially those including immunocapture techniques. A clean, reproducible EV isolation technique (e.g., SEC) must be performed prior to immunocapture to minimise contamination from soluble versions of your protein of interest. Furthermore, it is likely the effective immunocapture of specific EV subpopulations of interest will require more than one immunocapture step, with each selecting for different subpopulation-specific markers. This will minimise the problem of non-specific expression by combining markers and will likely yield a smaller, purer more specific population of EVs. Purity is especially important in the discovery phase of diagnostics, as it is imperative to ensure that biomarkers are specific and are not a secondary consequence of potentially multiple pathologies. Starting with a more specific subpopulation of EVs helps ensure biomarkers are specific to the disease, and not a secondary consequence of multiple pathologies/phenomena. For discovery studies such as the search for biomarkers or for studies aiming to understand the biology or pathology, the use of multiple capture antibody steps enable a more specific approach.