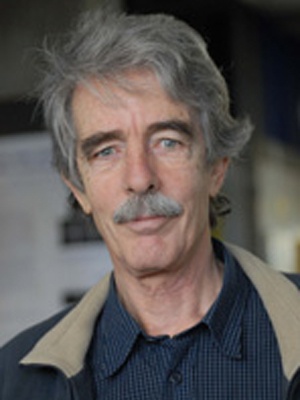 /About
Key points from the fourth and final ISEV 2021 plenary talk by Jean Gruenberg, who discussed his group’s recent studies of tetraspanin sorting, endosomal membrane tension and ILV formation.

Jean Gruenberg, renowned Swiss biologist at the University of Geneva, began the fourth and final plenary presentation of ISEV 2021 with an introduction to the endocytic pathway. Gruenberg reminded us that both solutes and cell surface proteins are endocytosed by more than one route into a common early endosome. This mechanism provides a way for the cell to manage the fate of various components; for example, to downregulate the actions of the EGF receptor. From the early endosome, components can be recycled back to the plasma membrane, transported to the trans-Golgi network, or targeted to lysosomes for degradation.

Gruenberg then discussed the importance of ESCRT complexes in relation to protein transport. There are four complex types: ESCRT-0, ESCRT-I and ESCRT-II mediate the sorting of ubiquitin-tagged cargo into intraluminal vesicles (ILVs) of early endosomes, while ESCRT-III mediates membrane deformation and vesicle formation.

A role for ESCRT-III has been described in several membrane deformation processes occurring in a direction that was described as moving ‘away’ from the cytoplasm, such as ILV formation inside the endosome, cytokinetic abscission between daughter cells, and budding of retroviruses at the plasma membrane from the infected cell.<super-script>1<super-script>

Gruenberg highlighted a series of landmark studies and findings, including:

ALIX is commonly used as an exosome marker as it is involved in exosome biogenesis.2-6 The process of ALIX-dependent recruitment of ESCRT-III to endosomes occurs independently from other ESCRT subunits and relies on LBPA having an intact binding site.<super-script>2<super-script>

Tetraspanins are another group of widely used exosome markers3, including CD9, CD81 and CD63. But what regulates the sorting of tetraspanins into ILVs/exosomes? Here, Gruenberg shared recent findings by his group2 which have helped paint a picture:

In the final section of the presentation, Gruenberg discussed findings from work that is now published in Nature Cell Biology9 which unveiled fascinating insights into how the tension of organelle membranes affect their function. Specifically, Mercier et al. (2020) exposed cells to hypertonic conditions, and, using a fluorescent lipid tension reporter,10 confirmed a subsequent reduction in endosome membrane tension and endosomal volume.

Concomitantly, hypertonicity caused the selective recruitment and polymerisation of ESCRT-III subunits onto endosomes, which was followed by not only an increase in the formation of ILVs, but also an increase in the amount of proteins and receptors (including the EGF receptor) incorporated into the ILVs. When the group dug deeper, they found that CHMP4B polymerises on the membrane when membrane tension is lowered, thereby triggering membrane deformation.

The group sought to identify a physiological setting where this might occur, and observed that when EGF-receptor downregulation is triggered by EGF, the decrease in endosome membrane tension accompanies the incorporation of internalised EGF-receptors into ILVs. Hence, this process is thought to be a mechanism that accommodates the wave of incoming receptors.