Raising Scientific Literacy in NZ: An Opportunity for NZ Companies to Make a Difference 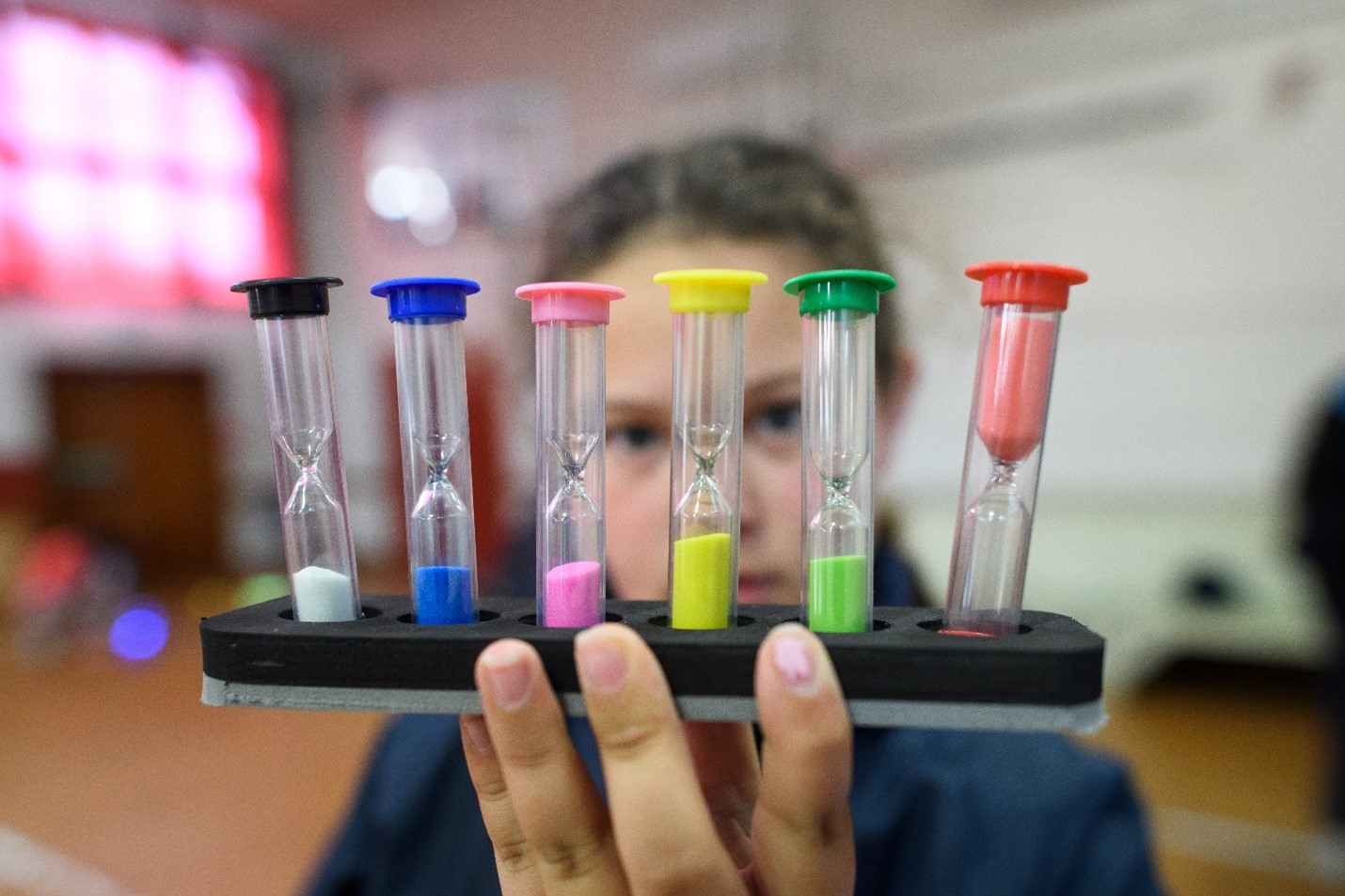 /About
After an encounter with a not-for-profit organisation raising scientific literacy in NZ, Izon Science would like to share their story in the hope of garnering further support for the House of Science.

Scientific literacy is arguably one of the most important and useful skills anyone could have, as it arms us with the critical thinking skills needed to interpret and interact with the world around us. Increasingly, there is a need to decipher truth from misinformation online, and to make informed choices about things that impact the environment, our communities, and our health and wellbeing. Furthermore, a scientifically literate workforce is needed to support modern economies.

In New Zealand, however, a staggering proportion of children do not have the opportunity to consolidate their curiosity for science, and subsequently disengage with science at an early age. At the young age of 10, most kids have not necessarily decided on a career path. However, they typically have decided what career path they are NOT likely to follow. If they lose interest in science at this age, therefore, they are not likely to regain it.

After an encounter with House of Science, a not-for-profit organisation aimed at raising scientific literacy in New Zealand, Izon Science would like to share their story in the hope of garnering further support for House of Science.

Identifying the need to build a stronger foundation of scientific knowledge

During her time as a science, biology and chemistry teacher, Chris Duggan had a growing sense of concern about the lack of scientific knowledge students had when arriving at high school – and she decided to do something about it. In 2013, Duggan founded House of Science, a not-for-profit entity dedicated to raising scientific literacy in NZ.

“In 2013 the Education Review Office published findings that highlighted the lack of science in our country’s primary schools: only 27% of schools were delivering an effective science programme,” explains Duggan. “We cannot ignore this subject in our primary and intermediate schools as our future wellbeing as individuals and as a nation depends on a scientifically literate society. Science is inherently an expensive subject to resource and the lack of equipment is one major barrier to teaching science in primary schools. I realised that a shared ‘library’ of resources would be a really good way to overcome this problem so set about finding support to establish this in the Western Bay of Plenty.”

There is certainly room for improvement, with only 20% of year 8 students meeting the required curriculum level in science. Numerous reports highlight the many reasons for this: the education curriculum is crowded, and teachers are busy and swamped with bureaucracy.<super-script>1-3<super-script>Furthermore, most primary and intermediate teachers do not have a scientific background and many lack the confidence to teach science. “Teachers just have so much to do, teaching literacy and numeracy, and teaching science is something they often don’t feel comfortable with,” says Neville Petrie, General Manager of the Christchurch branch of House of Science.

To empower teachers to raise scientific literacy, the House of Science provides comprehensive science resources for use in all NZ year 0-8 teaching environments.

The House of Science scientific resources come in the form of more than 40 kits, each of which has a theme and aligns with the school curriculum. “What we are doing, is providing teachers with everything they need, so that it makes it a whole lot easier for them to do hands-on stuff with a class of kids,” says Petrie. The boxes contain planned activities and all required materials including consumables, student instructions to suit a range of capabilities, worksheets, a teacher’s instruction manual and additional resources for students who need to be extended. Each kit contains activities in both English and te reo Māori, providing opportunities to introduce te reo Māori into the lessons – and also makes the kits accessible to schools that teach in te reo Māori. In addition, each kit includes a section about how the activities relate to issues of cultural importance, providing an extra dimension to the lessons.

Kits are named according to the theme, for example:

Kits are delivered to schools and are collected for re-use once a school has finished with it. Of course, before the kit is ready for use in another school, consumables, breakables, and materials need to be cleaned, replaced, or restocked.

Growth of the House of Science and funding sources

Since its establishment in 2013, the House of Science has grown across the North Island, and has recently expanded into the South Island, with the Christchurch base currently in its first year. The charity works with over 400 schools in the North Island, delivering more than 300 resource kits each week. For 2021, the goal in Christchurch City was to reach 29schools, which make up one quarter of the primary and intermediate schools. It’s only mid-August, and “we’ve just hit 30 – and we’ve still got a term and a bit to go. So that’s sort of an indication of how schools are perceiving it”, says Petrie. “It’s a great system, because the school doesn’t need to invest in a whole lot of stuff that might get used once or twice a year.”

To sustain these efforts, the House of Science relies on three lines of income. Firstly, companies around NZ can choose to sponsor kits. “Izon, for instance, has sponsored a kit which costs $2500 (+GST). In the first year that covers the cost of the kits, and $500 is put into a top-up account. The $500 helps us with the restock, cleaning, breakages, etc. In the second year we ask for the same sponsorship, and this goes towards administration. It’s something that takes quite a bit to organise so the second-year’s funding will go towards maintenance, replacing parts, top-ups, delivery, etc.” Second, schools pay an annual subscription of $800 which entitles them to a kit per week; over one year they could access as many as 40 kits – that is a very low cost if the kit is used to its full potential; each kit has 5-8 activities and enough for 30 students. Finally, as House of Science is a charitable trust, they can apply for financial assistance via various trusts.

Ongoing monitoring efforts indicate that these kits are impacting students in more than one way; not only are children gaining more knowledge, but there have been positive indications of improvements in attendance, behaviour, and communication skills.

“The feedback that we’ve had from the teachers is that the kids are actually getting excited about science,” says Petrie. “It’s going well, but we do need more kits,” says Petrie. “As we get further into the 21st century, science and technology are going to become more and more important, and this has been highlighted by the COVID-19 crisis. Unless we get kids excited about it at an early age, then we’re not going to get them into maths and science at Year 12 and 13. So, we have to do the groundwork and build a base so at least the option is there for kids to pursue science and technology as a career pathway later on.”

An opportunity for companies to make a difference

Companies have an opportunity to make a difference to New Zealand’s future generations, by either sponsoring a kit, and/or kit development. Where possible, sponsor companies are paired with kits that align with the company’s field of work. For example, Izon Science has sponsored ‘Measurement Matters’, PGG Wrightson sponsors ‘Plants, Petals and Pollination’, and Fulton Hogan sponsors ‘Simple Machines’. In some cases, companies take things a step further; some have offered schools guided tours of their facilities, while others provide educational classes remotely, says Petrie: “a class that’s working with the ‘Big Blue Future’ kit can book a zoom call with educators at the national aquarium in Napier and have a lesson on turtles at the turtle tank, or on corals and the effects of acidification and people touching them – so there are all these opportunities that are starting to occur through companies that get excited about what we are doing. What I find really interesting is that a lot of the companies that I’ve been talking to have a lot of young, passionate people working for them, and that’s the impression that you need to create with kids.”