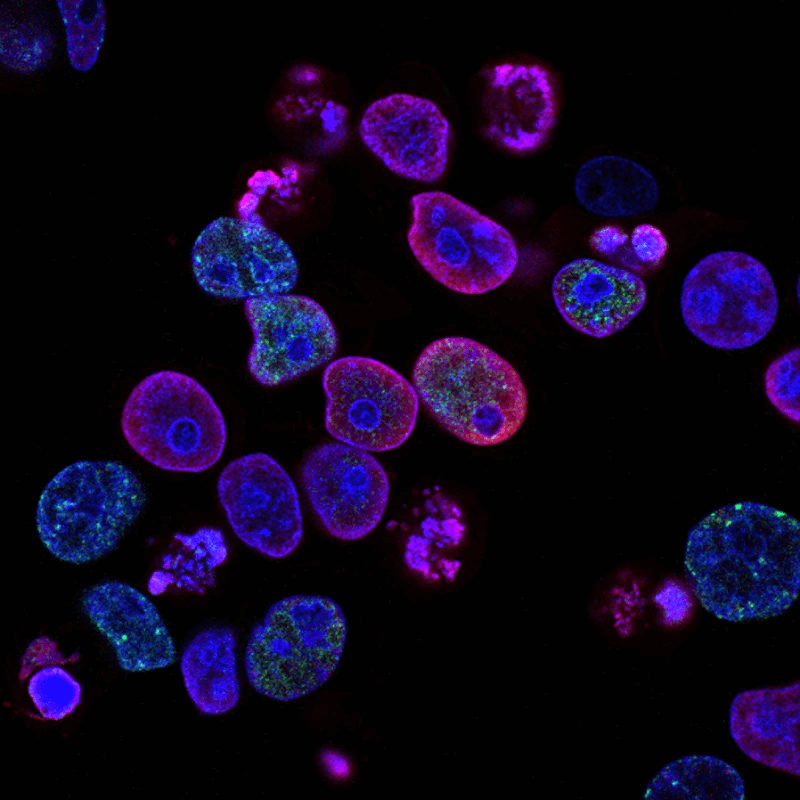 /About
Read on to learn about the potential applications of core-shell nanoparticles with tunable titania shells, within the fields of nanomedicine and opto-electrics.

The potential applications of a new type of core-shell nanoparticle, with tunable titania shells, are covered in this interesting interview with Bartłomiej Jankiewicz of the Institute of OptoElectronics at the Military University of Technology in Warsaw. These new particles have applications in nanomedicine as well as in opto-electronics. The potential utility of these nano-structures is obvious but the challenges in scalable synthesis and control of the properties have held back wider adoption. The synthesis problems have now been largely resolved which opens up a route to cost-effective production and further application development. Their work was recently published in the Journal of Nanotechnology: Beilstein J. Nanotechnol. 2017, 8, 2083–2093. doi:10.3762/bjnano.8.208

What are the applications of metallic-core nano spheres?

The core-shell particles in general have a great potential for use in many applications. One of the reasons is that their properties can be tailored to specific applications by selection of geometry (i.e. core shape and size, shell thickness), core and shell materials, morphology of the shell, incorporating of additional molecules or particles into shell, etc. The number of possible combinations is huge.

The versatility of the core-shell platform can be visualized by the example of silica-metal core-shell nanostructures, which we described in Adv. Colloid Interface Sci. 2012, 170, 28–47 (doi:10.1016/j.cis.2011.11.002). Depending on the metals used as a shell material and the shell morphology, core-shell particles can be used in surface enhanced spectroscopies (i.e. Surfaced Enhanced Raman Spectroscopy (SERS)), cancer treatment, controlled drug release, medical imaging or photocatalysis. Research by Naomi Halas and co-workers from Rice University has shown that the same core-shells can be used in very different applications, such as SERS, cancer treatment or steam generation.

In the past we were working on the silica based nanostructures, but decided to switch to titania based nanostructures due to its properties. Titania in its crystalline forms has a high refractive index and exhibits photocatalytic activity. For this reason, TiO2 nanomaterials have been used for applications in photocatalysis, photovoltaics and sensors. Combining titania with gold or silver nanoparticles having surface plasmon resonance properties, can result in an increase of the optical absorption of titania extending its absorption band to the visible light region. As a result, core-shells with photoactivity over a broader light range can be obtained

The core–shell nanostructures fabricated by us have significant extinction in the UV and visible range and therefore should be of great interest for applications in solar-light-driven photocatalysis and photovoltaics.

Why does monodispersity matter for SPR analysis?

Monodispersity can be important when we consider fabrication of the particles with desired properties. For example, the SPR properties of metallic nanoparticles can be calculated by solving Maxwell’s equations in terms of theory. Mie theory is the exact analytical solution of Maxwell’s equations for nanoparticles with defined shapes, which are spheres, concentric spherical shells, spheroids, and infinite cylinders. Therefore, in order to be able to use Mie theory for accurate prediction of observed optical absorption properties of synthesized nanoparticles it is necessary to synthesize monodispersed noble metallic nanoparticles in a wide range of sizes and controlled shapes on a large scale. However, it is still quite difficult to achieve.

How does the synthetic pathway described in the publication differ from standard methods?

We wanted to develop a general and simple method which requires a minimal number of additives (or none at all) and allows control of the structural features of the core-shell nanostructures in addition to synthesis in larger amounts. This is not always the case with the previously reported methods.

We have shown that the proposed method works well for both gold and silver nanoparticles without any additional adjustments and without the need for special reaction conditions. We used what is probably the cheapest organic precursor of titania. We carried out reactions at room temperature without the use of inert gas atmosphere. As we shown in our article we were able to synthesize relatively large amounts in one reaction pot.

Is it a scalable process?

It is, but the synthetic procedure will have to be adjusted to larger scale synthesis similarly to how it is done in organic synthesis.

What is the added value of TRPS measurements in this particular work?

First of all, TRPS in a relatively simple way provides very valuable statistical data on size distribution, which is measured from hundreds or thousands of individual particles with resolution similar to TEM. In contrast to electron microscopy, TRPS does not entail difficult sample preparation and experimental artefacts, and is significantly cheaper and faster. Therefore, it is more accessible to scientists and allows us to significantly reduce the cost of the quality check during a large number of syntheses.

What is also very important, especially in case of such nanostructures like core-shells, TRPS measurements are independent of particle density and optical properties such as particle labelling or refractive index.

We spent significant time reading scientific papers and discussing with specialists on various forums such as the “Particle Size and Counting Analysis” Group on LinkedIn before we have selected instruments for our laboratory. We are very happy that we decided to buy TRPS, because it is great tool for analysis of hybrid nanostructures such as core-shells. We were quite surprised that in the very recent editorial in ACS Nano 2016, 10, 9763−9764, DOI:10.1021/acsnano.6b07629, techniques such as TRPS or DCS, were not mentioned at all as potential tools for nanomaterials characterization, particularly as DLS has many issues.

Why wouldn’t DLS have worked?

DLS is probably the most common method for size and size distribution analysis of nanoparticles. However, as it was shown in J. Colloid Interface Sci. 2013, 405, 322–330 (doi:10.1016/j.jcis.2013.02.030) it has much poorer resolution compared to TEM or TRPS. Another issue of DLS is that sometimes even a small number of larger particles can cause important information about the sample to be lost (J. Nanomaterials. 2013, 313081. doi:10.1155/2013/313081). This is why sample preparation is very critical in the case of DLS use. This is also the reason why we have stated in our article that either TEM or SEM analysis of nanoparticles is always necessary. Other techniques provide additional and, as we shown in our article in the case of TRPS, very useful information.

So, what are the other reasons why DLS wouldn’t have worked in case of core-shells?

Analysis of core-shells is more complicated than analysis of particles made of single materials. Most of the particle sizing techniques require the user to provide some properties of the investigated materials such as the material refractive index in case of DLS. Unfortunately, averaging of particle properties will not work in case of core-shells made of two materials of very different refractive indexes.

Is it important to know particle concentration for downstream applications?

Yes, it is. When you take medicines, you need to take a specified dose. It is the same for biomedical applications of particles. Therefore, you need to know what the concentration is to be able to quantify the dosage.

Similarly, the situation will apply to other applications. The number of nanoparticles used in composites will influence their properties and therefore you should know the concentration of particles in the mix.

By way of example of one of our other current activities, we are involved in the Polish National Science Centre project “Nanoparticle-doped Liquid Crystal Infiltrated Microstructured Optical Fibers with Enhanced Efficiency of Electric Field Tunability” coordinated by Prof. Tomasz Woliński from Warsaw University of Technology. In this project, we are responsible for the preparation of liquid crystals – nanoparticle mixtures – which are later introduced into optical fibers. In the preparation of these mixtures, we must be able to accurately control the amount of added nanoparticles in order to achieve the desired properties.

Have these particles already tested, and did they display enhanced properties?

Our work on it is still in progress and we hope to share our results soon. However, it has already been shown by other authors that such particles can, for example, improve the efficiency of solar cells.

What are your future projects in this field?

We would like to improve our synthetic approach to synthesize core-shells with thinner titania shells and to attempt to scale up the whole process, which is very important from the applications point of view. We have already started work on the modification of our core-shells described in our work and have obtained interesting results, which we hope to publish soon. In future, we will certainly attempt to convert titania shells to perovskites.